Female mice exposed in utero, or in the womb, to low levels of arsenic through drinking water displayed signs of early puberty and became obese as adults, according to scientists from the National Institutes of Health. The finding is significant because the exposure level of 10 parts per billion used in the study is the current U.S. Environmental Protection Agency standard, or maximum allowable amount, for arsenic in drinking water. The study, which appeared online August 21 in the journal Environmental Health Perspectives, serves as a good starting point for examining whether low-dose arsenic exposure could have similar health outcomes in humans.

Scientists from the National Institute of Environmental Health Sciences (NIEHS), part of NIH, divided pregnant mice into three groups. The control group received no arsenic in its drinking water, while the two experimental groups received either the EPA standard of 10 parts per billion of arsenic or 42.5 parts per million of arsenic, a level known to have detrimental effects in mice. One part per billion is a thousand times smaller than one part per million. The mice were exposed during gestation, between 10 days after fertilization and birth, which corresponds to the middle of the first trimester and birth in humans.

“We unexpectedly found that exposure to arsenic before birth had a profound effect on onset of puberty and incidence of obesity later in life,” said NIEHS reproductive biologist and co-author Humphrey Yao, Ph.D. “Although these mice were exposed to arsenic only during fetal life, the impacts lingered through adulthood.”

The impacts Yao is referring to are obesity and early onset puberty, particularly in female mice. The researchers did not examine in this study whether males also experienced early onset puberty, but they did confirm that male mice exposed to arsenic in utero also displayed weight gain as they aged. Both the low and high doses of arsenic resulted in weight gain. 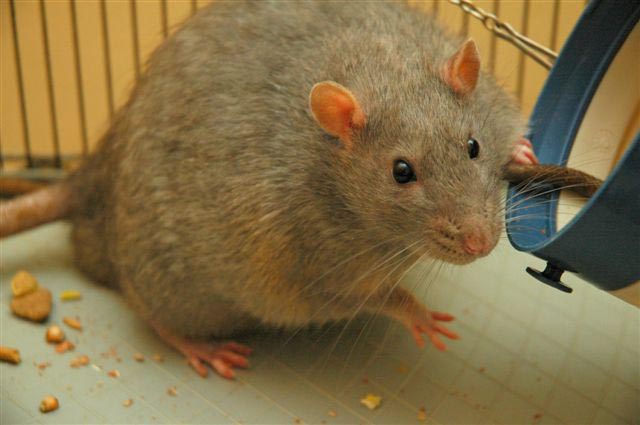 According to lead author NIEHS biologist Karina Rodriguez, Ph.D., the research team performed the experiment in three separate batches of mice, each containing a control and two experimental groups, and achieved similar results. She said although the biological process responsible for these effects remains unknown, the study highlights the need to continue researching long-term impacts of what mothers eat, drink, and breathe during pregnancy on the welfare of the offspring.

“It’s very important to study both high doses and low doses,” said Linda Birnbaum, Ph.D., director of NIEHS and the National Toxicology Program. “Although the health effects from low doses were not as great as with the extremely high doses, the low-dose effects may have been missed if only high doses were studied.”

NIEHS supports research to understand the effects of the environment on human health and is part of NIH. For more information on environmental health topics, visit http://www.niehs.nih.gov. Subscribe to one or more of the NIEHS news lists to stay current on NIEHS news, press releases, grant opportunities, training, events, and publications.

About the National Institutes of Health (NIH): NIH, the nation’s medical research agency, includes 27 Institutes and Centers and is a component of the U.S. Department of Health and Human Services. NIH is the primary federal agency conducting and supporting basic, clinical, and translational medical research, and is investigating the causes, treatments, and cures for both common and rare diseases. For more information about NIH and its programs, visit http://www.nih.gov.