Researchers from the University of Liverpool have found that approximately half of patients who have an eye removed because of a form of eye cancer experience `phantom eye syndrome.’

Patients with the condition experience “seeing” and pain in the eye that is no longer there. Researchers assessed 179 patients whose eye had been removed as a result of a cancer, called intraocular melanoma.

They found that more than a third of the patients experienced phantom eye symptoms every day. In most patients, the symptoms ceased spontaneously, but some patients reported that they have to do something to stop the sensation, such as distracting themselves or blinking.

The ‘phantom’ sensations often start several weeks after the eye is removed, eventually subsiding over time. Most see only patterns or colours, but some feel they see people and scenes.

More than one-in-four reported that they sometimes feel that they can even see what is actually happening around them. A similar number feel pain in the non-existent eye.

The researchers found that a fifth of patients find these sensations pleasurable, but a similar number are disturbed by them.

Health psychologist Laura Hope-Stone, from the University’s Institute of Psychology, Health and Society (IPHS) who led the research, said: “To our knowledge, this is the largest study of phantom symptoms in patients who have lost an eye for intraocular melanoma.

“We carried out the study because many patients have told me about symptoms like this when I see them after surgery for psychological support, but we did not know exactly how common they are.”

Phantom Eye Syndrome: When People Without Eyes Can Still See

The phenomenon is similar to phantom limb pain, in which people who lose an arm or leg continue to feel pain in the missing limb, said study co-author Bertil Damato, director of ocular oncology at the University of California-San Francisco.

All 179 patients in the study had undergone surgery for a rare form of melanoma, uveal melanoma, that develops in the eye.

Health psychologist, Dr Steve Brown, also from IPHS, added: “The size of the study means we can now tell whether certain kinds of people are more likely to have phantom symptoms.

“They are most common in younger patients, and having pain in the non-existent eye is more likely in patients who are anxious or depressed, although we don’t yet know why that’s the case.” 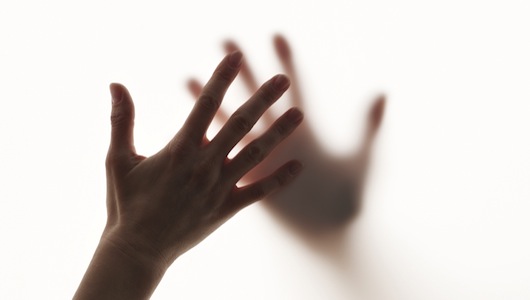 Professor Heinrich Heimann, who leads the Liverpool Ocular Oncology Centre at the Royal Liverpool University Hospital where the study was conducted, and the largest of the four UK centres which treat ocular melanoma, said: “These results are important because now we can tell patients not to be alarmed if they experience visual sensations or pain afterwards.

“We can also warn them that, unfortunately, removing an eye does not guarantee that there will be no pain weeks or months afterwards.”

Some patients said that darkness or fatigue caused their symptoms to flare up. Some found that they could make the visual sensations go away by resting, rubbing their eyes, blinking or distracting themselves, he said.