Chronic feelings of loneliness take a toll on blood pressure over time, causing a marked increase after four years, according to a new study at the University of Chicago.

A new study shows, for the first time, a direct relation between loneliness and larger increases in blood pressure four years later - a link that is independent of age and other factors that could cause blood pressure to rise, including body-mass index, smoking, alcohol use and demographic differences such as race and income.

The researchers also looked at the possibility that depression and stress might account for the increase but found that those factors did not fully explain the increase in blood pressure among lonely people 50 years and older.

“Loneliness behaved as though it is a unique health-risk factor in its own right,” wrote researcher Louise Hawkley in an article, “Loneliness Predicts Increased Blood Pressure,” published in the current issue of the journal Psychology and Aging.

Hawkley, Senior Research Scientist with the Center for Cognitive and Social Neuroscience, is part of a University of Chicago research team that has been doing pioneering work on the impact of loneliness on health and quality of life issues. It includes Ronald Thisted, Chairman of Health Studies; Christopher Masi, Assistant Professor in Medicine; and John Cacioppo, the Tiffany & Margaret Blake Distinguished Service Professor in Psychology. 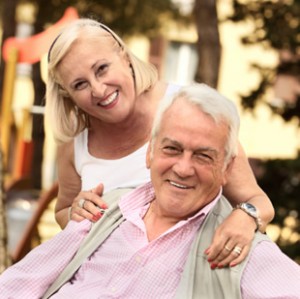 High blood pressure, often called a silent threat as it has few symptoms, undermines health in many ways. It increases the risk for heart attack and stroke and impairs kidney function. A systolic blood pressure measurement greater than 140 mm, also called hypertension, is the most common primary diagnosis in the United States and is the primary or contributing cause of about 18 percent of deaths in this country. It is estimated to cost $73.4 billion per year. However, any measurement greater than 115 mm increases risk for cardiovascular disease, according to a 2003 report by the Joint National Committee on Prevention, Detection, Evaluation and Treatment of High Blood Pressure.

Like blood pressure, loneliness is sometimes not easy to detect. People who have many friends and a social network can feel lonely if they find their relationships unsatisfying, Hawkley said. Conversely, people who live rather solitary lives may not be lonely if their few relationships are meaningful and rewarding.

The team based its research on a study of 229 people aged 50 to 68. The randomly chosen group included whites, African Americans and Latinos who were part of a long-term study on aging. Members of the group were asked a series of questions to determine if they perceived themselves as lonely. They were asked to rate connections with others through a series of topics, such as “I have a lot in common with the people around me,” “My social relationships are superficial” and “I can find companionship when I want it.”

During the five-year study, Hawkley found a clear connection between feelings of loneliness reported at the beginning of the study and rising blood pressure over that period. “The increase associated with loneliness wasn’t observable until two years into the study, but then continued to increase until four years later,” she said.

Even people with modest levels of loneliness were impacted. Among all the people in the sample, the loneliest people saw their blood pressure go up by 14.4 mm more than the blood pressure of their most socially contented counterparts over the four-year study period.

“Loneliness is characterized by a motivational impulse to connect with others but also a fear of negative evaluation, rejection and disappointment,” Hawkley said. “We hypothesize that threats to one’s sense of safety and security with others are toxic components of loneliness, and that hypervigilance for social threat may contribute to alterations in physiological functioning, including elevated blood pressure.”

The study was supported by grants from the National Institute on Aging and the John Templeton Foundation.