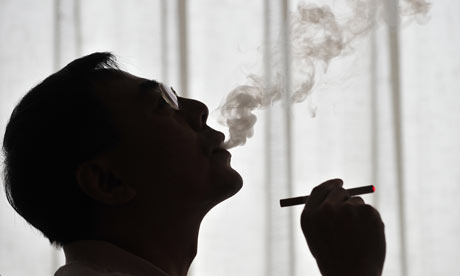 The level of smoking burden correlates with 24-hour rate pressure product - a product of systolic blood pressure and heart rate that is a marker of cardiovascular mortality.

Dr. Gulati and colleagues sought to answer 2 questions: 1) What is the effect of smoking on sympathetic nervous-system activity? and 2) What is the association between smoking, 24-hour blood pressure, and catecholamine excretion rates?

Prevention of Cardiovascular Morbidity Associated With Atrial Fibrillation
Atrial fibrillation (AF) is the most common sustained cardiac arrhythmia encountered in clinical practice. It is associated with substantial morbidity and mortality, owing to a significantly increased risk for stroke, thromboembolic events, heart failure (HF), impaired cognitive function, as well as an impaired quality of life. According to data from the Framingham study, the lifetime risk of developing AF is approximately 1 in 4 for white men and women aged 40 years and older. Although more common in individuals with underlying structural heart disease, the lifetime risk for AF remains high (1 in 6) even in individuals without prior congestive heart failure (CHF) or myocardial infarction (MI). The risk for AF increases with age; the vast majority of individuals with AF (approximately 70%) are between the ages of 65 and 85 years. Although the age-adjusted prevalence of AF is higher in men than in women, approximately 60% of the patients with AF who are older than 75 years of age are women, accounting for the greater longevity of women.

The prevalence and incidence of AF have increased considerably over the past 2 decades, especially in North America and Western Europe. According to a study that assessed community-based trends in AF incidence, the incidence of AF grew 12.1% between 1980 and 2000. Assuming the increased age-adjusted trends prevail, the authors estimated that the prevalence of AF in the United States could reach as high as 15.9 million by 2050.

This study and others attribute the increased prevalence of AF to the advancing age of the population, improved survival from MI and CHF, as well as to greater awareness by clinicians (and, in turn, more diagnoses). In addition, the number of patients with new-onset AF has also steadily risen, independent of the increasing prevalence of known AF risk factors.

In parallel with a growing incidence and prevalence of AF is the rate of hospitalizations for patients with AF. AF is the most common arrhythmia, with more than 461,000 hospital discharges annually. A study of hospitalized Medicare patients also found that the costs of hospitalization for AF as a comorbidity are significantly higher in patients admitted without AF of the same age and sex.[13] Overall, prevention of AF and treatment of patients with AF and other associated cardiovascular comorbidities may help reduce the significant burden associated with AF.

Smoking-related morbidity and mortality in the cardiovascular setting.
It is estimated that during the 20th century, 100 million people died of tobacco-related illnesses worldwide. The outlook for the future is grim as this number is expected to increase 10-fold during the 21st century. Many of these deaths will occur in middle-aged adults and, while most tobacco-related deaths currently occur in men, female mortality is expected to increase markedly due to increased rates of smoking in women, especially in developing countries. The risk of coronary heart disease is strongly associated with smoking in both developed and undeveloped countries. In addition, other forms of tobacco exposure (chewing, inhalation through water, and secondhand smoke) have also been documented to be important causes of coronary disease worldwide. Fortunately, the news is not all bad. Recent large-scale studies show that much of the excess risk associated with smoking is attenuated 1 to 2 years after quitting, depending on the level of smoking during an individual’s lifetime. These latest findings should stimulate efforts of health care workers to become more aggressive toward cessation of smoking in our practices.