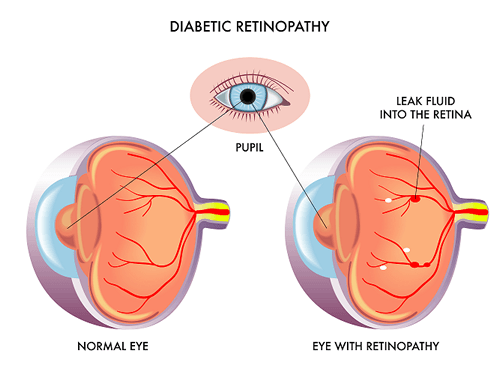 A new study has found that the occurrence of advanced forms of a diabetic eye disease remains low among children living with diabetes, regardless of how long they have had the disease or their ability to keep blood sugar levels controlled. Researchers are therefore recommending that most children with type 1 diabetes delay annual diabetic retinopathy screenings until age 15, or 5 years after their diabetes diagnosis, whichever occurs later. Their findings were published online today in Ophthalmology, the journal of the American Academy of Ophthalmology.

Researchers based at The Children’s Hospital of Philadelphia and the Scheie Eye Institute, Perelman School of Medicine at the University of Pennsylvania began to question current diabetic retinopathy screening guidelines for children. They were concerned that these annual exams may create an excessive financial and logistical burden for families and the health care system.

The researchers conducted a retrospective study of 370 children under age 18 with type 1 and type 2 diabetes. Some of the study participants had blood sugar levels three times that of a person without diabetes. All had received at least one diabetic eye disease screening exam between 2009 and 2013, but none were found to have diabetic retinopathy.

In light of the available evidence, the researchers recommend that screenings for children with type 1 diabetes could begin at a later age than previously recommended.

“Many of our young patients with diabetes diligently come in every year for screenings that consistently show no sign of the disease,” said Gil Binenbaum, M.D., M.S.C.E., co-author of the study and attending surgeon in the ophthalmology division at The Children’s Hospital of Philadelphia. “Of course, that’s good news for them, and it is very important to have annual eye exams once the risk of vision loss develops. But, is it worth the burden on the family and the healthcare system if evidence shows that diabetic retinopathy doesn’t reach a treatable stage until years later?”

Diabetic retinopathy is the leading cause of blindness among working-age adults in the United States and affects close to 8 million people. The American Academy of Ophthalmology currently recommends that people with type 1 diabetes have annual screenings for diabetic retinopathy beginning 5 years after the onset of their disease, and that those with type 2 diabetes should have an examination at the time of diagnosis and at least once a year thereafter.

About the American Academy of Ophthalmology

The American Academy of Ophthalmology, headquartered in San Francisco, is the world’s largest association of eye physicians and surgeons, serving more than 32,000 members worldwide. The Academy’s mission is to advance the lifelong learning and professional interests of ophthalmologists to ensure that the public can obtain the best possible eye care.The Academy is also a leading provider of eye care information to the public. The Academy’s EyeSmart® program educates the public about the importance of eye health and empowers them to preserve healthy vision. EyeSmart provides the most trusted and medically accurate information about eye diseases, conditions and injuries. OjosSanos™ is the Spanish-language version of the program.