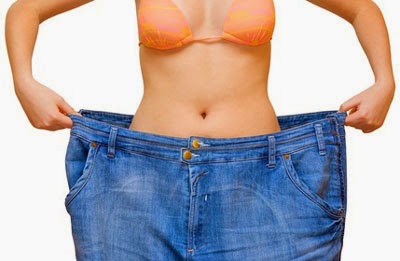 The time between pregnancies is a golden window for obese women to lose weight, a Saint Louis University study finds.

The research, led by Arun Jain, M.D., visiting scholar in SLU’s department of obstetrics, gynecology and women’s health, also found that obese women should be counseled not to gain excessive weight during pregnancy.

“This data suggested that the interval between pregnancies is a crucial period for obese women to lose weight,” Jain said. “In addition, the pregnancy and postpartum periods provide a unique opportunity for behavior change because health care professionals are well positioned to counsel women.”

The population-based study looked at the records of 10,444 Missouri women who delivered their first two babies between 1998 and 2005. It found that obese women who lost weight between pregnancies were more likely to have normal sized babies - infants who were neither too large nor too small for their gestational age - than women who gained weight or whose weight didn’t change.

The findings, published this spring in the American Journal of Obstetrics and Gynecology, are significant because obesity has reached epidemic proportions, with more than one in four U.S. women beginning their pregnancies as obese. In addition, women are heavier than ever; the prevalence of morbid obesity has tripled over the past 30 years.

Those who are morbidly obese have a body mass index (BMI) - the ratio of weight to height - of 40 and up. Those who have a BMI of 35 to 39.9 are considered severely obese and those with a BMI of 30 to 34.9, moderately obese.

Obese moms face special health risks during pregnancy, such as pregnancy-induced hypertension and gestational diabetes, and have a higher chance of having babies who are large for their gestational age.

Large babies are more likely to have low blood sugar and jaundice soon after birth, and are at greater risk of developing childhood obesity and metabolic syndrome, which is a series of medical problems that contribute to the development of diabetes and cardiovascular disease.

“Avoiding excessive weight gain means less weight to lose after delivery,” said Sarah Hopkins, Ph.D., senior author on the paper and an exercise physiologist and instructor in the department of obstetrics, gynecology and women’s health at SLU. “But if you do gain too much weight during your first pregnancy, it isn’t too late. With a healthy diet and exercise, you can lose the weight before your second pregnancy.”

Obese women could lose a relatively small amount of weight - 2 BMI units - to make a difference in the size of their babies. For instance, a 5 foot 4 inches tall woman who was obese during her first pregnancy and lost as little as 11.8 pounds between pregnancies was significantly less likely to have a large baby than an obese woman who maintained or gained weight between pregnancies.

“It’s an achievable weight loss that provides the next generation with a healthier start to life,” Jain said.

Conversely, women who gained 2 BMI units or more between pregnancies significantly increased their risk of having a big baby.

The risk of delivering a baby who is small for gestational age - which carries its own set of problems - didn’t increase until a woman lost 8 BMI units or more - 50 pounds for a 5 foot 4 inch woman - between pregnancies.

Obese women gained an average of 32 pounds during their first pregnancies - significantly more than the current Institute of Medicine recommendation of 11 to 20 pounds for women in this weight group.

“In our study cohort, women who gained more weight in their first pregnancy were heavier in the beginning of their second pregnancy and more likely to deliver a big baby,” Jain said.

“Based on the findings of our study, patients should avoid excessive weight gain during pregnancy and be counseled that losing weight between pregnancies may decrease the risk of adverse maternal and fetal outcomes. You and your child are likely to benefit.”