Women who have gastric bypass surgery to lose weight should keep a close eye on their alcohol consumption, according to new research at Washington University School of Medicine in St. Louis.

A small study indicates that changes in how alcohol is metabolized after surgery can speed its delivery into the bloodstream, resulting in earlier and higher peaks in blood-alcohol levels. Studying women who had undergone gastric bypass surgery, the researchers found that those who had consumed the equivalent of two drinks in a short period of time had blood-alcohol contents similar to women who had consumed four drinks but had not had the operation.

The research is published Aug. 5 in the journal JAMA Surgery.

“The findings tell us we need to warn patients who have gastric bypass surgery that they will experience changes in the way their bodies metabolize alcohol,” said first author M. Yanina Pepino, PhD, an assistant professor of medicine in the Division of Geriatrics and Nutritional Science. “Consuming alcohol after surgery could put patients at risk for potentially serious problems, even if they consume only moderate amounts of alcohol.”

Although this study included only women, it is likely that men who have gastric bypass surgery experience similar changes in how their bodies metabolize alcohol. 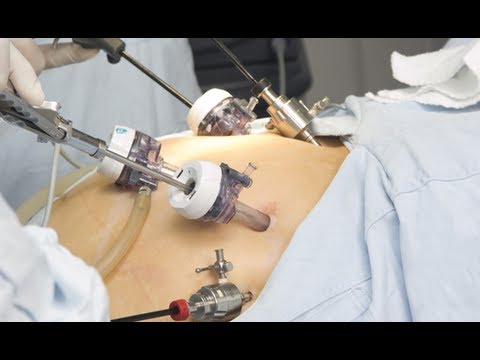 The researchers studied alcohol’s effects in 17 obese women. Eight of the women had undergone Roux-en-Y gastric bypass surgery - the most common bariatric surgical procedure worldwide - one to five years before the study began. The other nine participants had not yet had the operation.

Gastric bypass is surgery that helps you lose weight by changing how your stomach and small intestine handle the food you eat.

After the surgery, your stomach will be smaller. You will feel full with less food.

The food you eat will no longer go into some parts of your stomach and small intestine that absorb food. Because of this, your body will not get all of the calories from the food you eat.

As part of the study, the women spent two days, about one week apart, at Washington University’s Clinical Research Center. On one visit, each woman randomly consumed either the equivalent of two alcoholic drinks or two nonalcoholic beverages during a 10-minute period. At the second visit, each was given the beverages not received during the first visit. At both visits, the researchers measured the women’s blood-alcohol contents and used a survey to assess their feelings of drunkenness.

The women in the gastric bypass group had an average body mass index (BMI) of 30, which is considered obese, but it compared with an average BMI of 44 for the women who had not yet had the surgery. Among those who had not undergone surgery, blood-alcohol content peaked about 25 minutes after they finished consuming the alcohol and measured 0.60. In women who had the surgery, blood-alcohol content peaked at 5 minutes after drinking and reached 1.10, significantly above the legal driving limit of 0.80.

“These findings have important public safety and clinical implications,” said senior investigator Samuel Klein, MD, the William H. Danforth Professor of Medicine and director of the Center for Human Nutrition. “After just two drinks, the blood-alcohol content in the surgery group exceeded the legal driving limit for 30 minutes, but the levels in the other group never reached the legal limit.

“The peak blood-alcohol content in the surgery group also met the criteria that the National Institute on Alcohol Abuse and Alcoholism uses to define an episode of binge drinking, which is a risk factor for developing alcohol problems.”

Women who had undergone gastric bypass also reported feeling the effects of alcohol earlier and for longer periods of time than women who had not had the surgery.

Roux-en-Y gastric bypass (RGB): This operation is the most common gastric bypass surgery performed in the U.S. First, a small stomach pouch is created by stapling part of the stomach together or by vertical banding. This limits how much food you can eat. Next, a Y-shaped section of the small intestine is attached to the pouch to allow food to bypass the duodenum as well as the first portion of the jejunum. This causes reduced calorie and nutrient absorption. This procedure can now be done with a laparoscope (a thin telescope-like instrument for viewing inside the abdomen) in some people. This involves using small incisions and generally has a more rapid recovery time.

The study is not the first to find that gastric bypass surgery can alter alcohol metabolism, but Pepino said it is significant because earlier studies had measured blood alcohol less vigorously and were less clear about the extent of the changes in alcohol metabolism.

“The women who had the surgery only received the equivalent of two drinks, but it was as if they had consumed twice that amount,” she said. “Consuming alcohol after surgery the way one did before the operation could put patients at risk for potentially serious consequences, even when they drink only moderate amounts of alcohol.”

Extensive gastric bypass (biliopancreatic diversion): In this more complicated gastric bypass operation, the lower portion of the stomach is removed. The small pouch that remains is connected directly to the final segment of the small intestine, thus completely bypassing both the duodenum and jejunum. Although this procedure successfully promotes weight loss, it is not as widely used because of the high risk for nutritional deficiencies.