Injection drug users are in greater need of substance abuse treatment compared to non-injecting drug users, according to a new study by researchers at RTI International.

“Our findings indicate that injection drug use is associated with substantially more substance abuse-related problems than non-injection drug use, including a higher prevalence of dependence, unemployment, and co-occurring mental and physical disorders,” said Scott Novak, Ph.D., a senior behavioral health epidemiologist at RTI International and the study’s lead author. “These problems appear to characterize a treatment-resistant population in need of specialized treatments.”

The study, published in the July issue of Journal of Addictive Diseases, used data from the National Survey on Drug use and Health, to compare past-year injection drug users and non-injection drug users’ routes of administration of those who use heroin, methamphetamine, and cocaine.

NSDUH is an annual nationwide survey involving approximately 70,000 youth and adults in the United States per year conducted by researchers at RTI International for the Substance Abuse and Mental Health Services Administration.

The researchers also found that injection was the most highly preferred route of administration among those living in rural areas compared to those living in either urban or suburban locations. 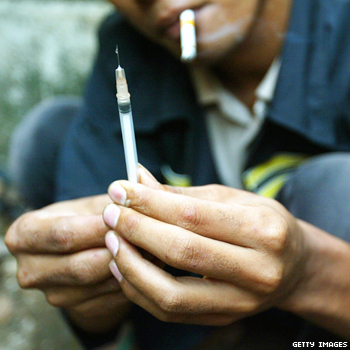 The study showed that injection drug users were also more likely than those using drugs via other routes to be aged 35 and older, unemployed, and possess less than a high school education.

“This study confirms a longstanding belief that injection drug users are a unique population with their own treatment needs, regardless of what drug they inject,” Novak said. 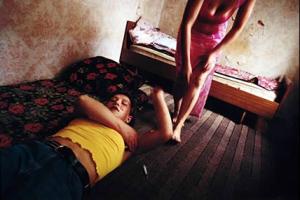 “By learning more about how routes of administration are related to user characteristics, we could improve our ability to tailor substance abuse treatment and prevention strategies to individual users,” Novak said. “Because injection drug users are disproportionately engaged in the criminal justice system, criminal justice diversion programs, such as Drug Courts, and treatment for incarcerated offenders should also consider the unique needs of injection drug users.”

RTI International is one of the world’s leading research institutes, dedicated to improving the human condition by turning knowledge into practice. Our staff of more than 2,800 provides research and technical expertise to governments and businesses in more than 40 countries in the areas of health and pharmaceuticals, education and training, surveys and statistics, advanced technology, international development, economic and social policy, energy and the environment, and laboratory and chemistry services.