Four alcohol brands - Patron tequila, Hennessy cognac, Grey Goose vodka, and Jack Daniel’s whiskey - accounted for more than half of alcohol brand mentions in the songs that mentioned alcohol use in Billboard’s most popular song lists in 2009, 2010 and 2011, according to a new study from researchers at the Boston University School of Public Health and the Center on Alcohol Marketing and Youth (CAMY) at the Johns Hopkins Bloomberg School of Public Health.

The study, published online by Substance Use & Misuse and the first to examine the context of specific brand mentions in depth, found that alcohol use was portrayed as overwhelmingly positive, with negative consequences rarely mentioned.

At least 14 long-term studies have found that exposure to alcohol marketing in the mass media increases the likelihood that young people will start drinking or, if already drinking, drink more. Adolescents in the U.S. spend approximately 2.5 hours per day listening to music.

“Given the heavy exposure of youth to popular music, these results suggest popular music may serve as a major source of promotion of alcohol use among youth,” said study co-author David Jernigan, PhD, director of CAMY. “The findings lay a strong foundation for further research.”

The researchers used Billboard Magazine annual listings of the most popular songs in 2009, 2010 and 2011 to identify 720 unique songs in four genres: urban, pop, country and rock. Three coders analyzed the lyrics of each song to determine alcohol references, brand references and the context for each.

“A small number of alcohol brands and beverages appear to make frequent appearances in popular music,” said Michael Siegel, MD, MPH, professor of Community Health Sciences at the Boston University School of Public Health. “If these exposures are found to influence youth drinking behavior, then further public health efforts must be focused on youth exposure to alcohol portrayals in popular music.”

Alcohol is responsible for at least 4,700 deaths per year among young people under the age of 21 in the U.S. More than 70 percent of high school students have consumed alcohol, and about 22 percent engage in heavy episodic drinking. 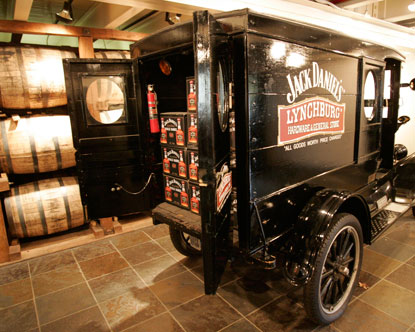 Johns Hopkins Bloomberg School of Public Health media contact: Tim Parsons at 410-955-7619 or .(JavaScript must be enabled to view this email address).

Center for Alcohol and Youth Marketing contact: Cassandra Greisen at 410-502-6579 or .(JavaScript must be enabled to view this email address).