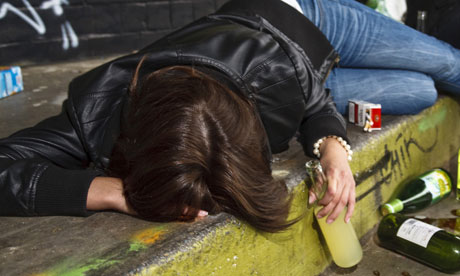 People who copy their friend’s drinking behaviour will deny that their decision has been influenced, researchers at the University of Liverpool have shown.

A new study, conducted in the University of Liverpool’s bar laboratory, a lab designed to imitate a bar, brought together pairs of friends. One of the friends was made aware of the experimental aims and was told to drink alcoholic drinks throughout the session or to stick to soft drinks.

While most people were strongly influenced by peers - they mimicked their friend and drank more heavily when their friend did - the majority of participants were unaware of this influence on their behaviour and were adamant that their friend’s choice did not have anything to do with their decision to drink.

Unlike in previous studies which have focussed on young people who did not know each other, the Liverpool researchers decided to find out how much people of all ages, who were already friends would copy each other’s choice of drinks.

Forty-six pairs of people volunteered to attend sessions at the University lab, which is specially designed for experiments of this nature. While people thought that they were taking part in a study of ‘social problem solving’, once they arrived one of the pair was told about the real project and given instructions on how to behave.

As part of the cover story for the fake study, the pairs sat down to complete a game, with the person in the know asked for their drink order first.

Eighty percent of people whose partner was told to choose an alcoholic drink also chose one, compared to only 30% of partners who chose a soft drink. However, only 19% said that their partner’s choice may have had an effect on their choice of drink.

The academics believe that by showing alcohol drinking as an acceptable behaviour, the partners were able to influence their friends’ drinking choice without them being aware of it.

Rebecca Dallas and Dr Eric Robinson from the Institute of Psychology, Health and Society led the study. Dr Robinson said: “Social pressure can have an enormous effect on people’s drinking habits.

“As we’ve shown in this study, friends can influence our behaviour without us even realising it’s happening and this has implications for people who are looking to cut down their drinking.

“What we didn’t find out was whether people genuinely didn’t know they were copying their friend, or if they were just embarrassed when we asked them afterwards!”

The study was published in Alcoholism: Clinical and Experimental Research and funded by the University of Liverpool, which paid for undergraduate student Rebecca Dallas to gain experience over the summer, carrying out the study as part of the research team.