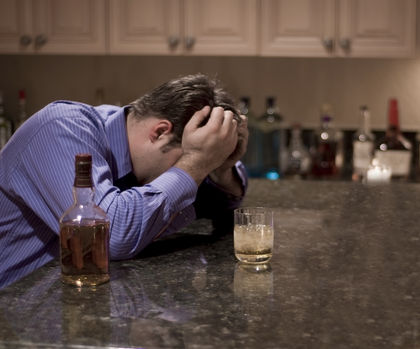 James Bond’s alcohol consumption may explain why he prefers his martinis “shaken, not stirred” say researchers in the Christmas edition of The BMJ this week.

They show that Bond’s weekly alcohol intake is over four times the recommended limit for an adult male, putting him at high risk of several alcohol related diseases, such as alcoholic liver disease, cirrhosis, impotence, and alcohol-induced tremor, and an early death.

They conclude that James Bond was unlikely to be able to stir his drinks, even if he would have wanted to, and suspect that the spy’s famous catchphrase “shaken, not stirred” may well be due to alcohol induced tremor affecting his hands.

Excess alcohol consumption is a global health problem with 2.5 million deaths every year attributable to its use. In the entertainment world, however, it is often portrayed in a positive, even glamorous, light.

The well known spy, James Bond, is renowned for enjoying cigarettes, alcohol, and women – and is admired for his performance under pressure, and his ability to be master of all situations he encounters.

While reading the original James Bond books, Dr Patrick Davies and colleagues were struck that his alcohol consumption seemed rather high, and they wondered whether he would realistically have the capacity to perform (in all aspects of life) at his high level of alcohol intake.

So they decided to measure Bond’s alcohol consumption, as detailed in the novels by Ian Fleming, and the potential health effects of this.

Two of the authors read all 14 James Bond books over a period of six months. Contemporaneous notes were taken detailing every alcoholic drink taken, and pre-defined alcohol unit levels were used to calculate consumption.

Where there was no specific mention of which drinks were consumed, the authors made conservative estimates. Days when James Bond was unable to drink (such as through incarceration) were also noted.

Excluding days when Bond was unable to drink, his average alcohol consumption was 92 units per week, over four times the recommended amount. Maximal daily consumption was 49.8 units and he had 12.5 alcohol free days out of the 87.5 days he was able to drink. Bond also frequently drank enough to put him over the legal limit before he stepped into his car.

“The level of functioning as displayed in the books is inconsistent with the physical, mental, and indeed sexual functioning expected from someone drinking this much alcohol,” they write. “We advise an immediate referral for further assessment and treatment, a reduction in alcohol consumption to safe levels, and suspect that the famous catchphrase ‘shaken, not stirred’ could be because of alcohol induced tremor affecting his hands,” they conclude.