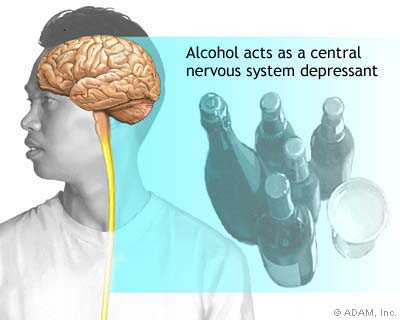 Alcohol dependence (AD) has a genetic component and testing can determine a person’s genetic risk for susceptibility to AD. A new study shows that while more than 85% of the African American adults expressed an interest in genetic testing for AD susceptibility, many had ethical, privacy, and procedural concerns, as reported in Genetic Testing and Molecular Biomarkers, a peer-reviewed journal from Mary Ann Liebert, Inc., publishers. The article is available on the Genetic Testing and Molecular Biomarkers website.

Denise Scott and coauthors from Howard University (Washington, DC) and Johns Hopkins University Bloomberg School of Public Health (Baltimore, MD) offered hypothetical genetic testing for AD susceptibility to more than 300 African American adults to determine their interest level. The researchers documented the factors that contributed to an interest in being tested and those that might keep people from undergoing genetic risk assessment due to concerns over the testing methods and how the results would be used in the article “Genetic Testing for the Susceptibility to Alcohol Dependence: Interest and Concerns in an African American Population.”

“The article documents the interest the African American community has about a possible genetic basis for alcoholism tempered by a real concern about privacy,” says Kenneth I. Berns, MD, PhD, Editor-in-Chief of Genetic Testing and Molecular Biomarkers, and Director of the University of Florida’s Genetics Institute, College of Medicine, Gainesville, FL.

About the Journal
Genetic Testing and Molecular Biomarkers is an authoritative peer-reviewed journal published 12 times per year in print and online that reports on all aspects of genetic testing, including molecular and biochemical based tests and varied clinical situations; ethical, legal, social, and economic aspects of genetic testing; and issues concerning effective genetic counseling. Tables of content and a free sample issue may be viewed on the Genetic Testing and Molecular Biomarkers website.

Mary Ann Liebert, Inc., publishers is a privately held, fully integrated media company known for establishing authoritative peer-reviewed journals in many areas of science and biomedical research, including Human Gene Therapy and OMICS: A Journal of Integrative Biology. Its biotechnology trade magazine, Genetic Engineering & Biotechnology News (GEN), was the first in its field and is today the industry’s most widely read publication worldwide. A complete list of the firm’s 80 journals, books, and newsmagazines is available on the Mary Ann Liebert, Inc., publishers website.