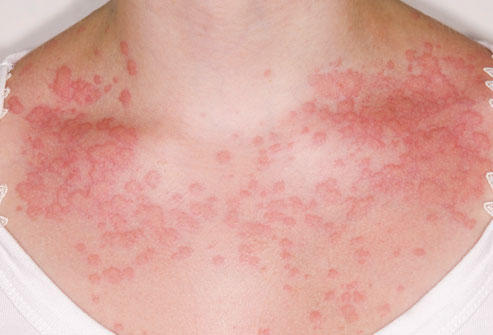 Sudden allergic reactions can be fatal. The most common triggers of such reactions, also known as anaphylaxis, are wasp and bee venoms, legumes (pulses), animal proteins, and analgesics (painkillers). The incidence of anaphylaxis is age-dependent. In the current issue of Deutsches Ärzteblatt International, Margitta Worm (Berlin) and her co-authors describe the causes and treatment methods for anaphylaxis, based on data from the anaphylaxis registry of the German-speaking countries (Dtsch Arztebl Int 2014; 111: 367).

Worm and co-authors analyzed the data from the registry, which covers Germany, Austria, and Switzerland, for information on triggers, symptoms, and treatment from 2006 to 2013; they also evaluated data recorded from ADAC air rescue callouts in 2010 and 2011. A total of 4141 persons were affected by anaphylaxis (52.5% female, 47.5% male), 3168 adults and 973 children. Among children, boys were affected more often than girls (640 boys), whereas among adults, women were the more often affected. Most cases (85%) were classified as severity grade II or III. Grade IV reactions, which are very severe, were less frequently reported: 3% of adult cases and 0.9% of pediatric cases.

Analysis of medical emergency cases showed that epinephrine was used to treat only 14.5% of patients in the anaphylaxis registry with grade III reactions and 43.9% of those with grade IV reactions. Of the patients who had to be treated by air rescue personnel, 19% and 78% respectively received epinephrine.

Epinephrine was not used often enough, even though it is recommended in the treatment guidelines for reactions from grade II upward.