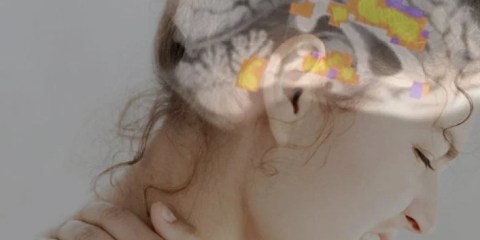 The inability to ignore irrelevant stimuli underlies the impaired working memory and cognition often experienced by individuals diagnosed with schizophrenia, reports a new study in the current issue of Biological Psychiatry.

Our brains are usually good at focusing on the information that we are trying to learn and filtering out the “noise” or thoughts that aren’t relevant. However, memory impairment in schizophrenia may be related in part to a problem with this filtering process, which Dr. Teal Eich at Columbia University and her colleagues studied.

“Our assumption was that understanding the impairments in the component processes of working memory - the ability to hold and manipulate information in the mind - among patients with schizophrenia could be fundamental to understanding not only cognitive function in the disorder, which is widespread and has debilitating consequences, but also the disorder itself,” Eich explained.

The researchers recruited patients with schizophrenia and a control group of healthy volunteers to complete an item recognition task in the laboratory while undergoing a functional magnetic resonance imaging scan. In particular, they focused on analyzing potential activation differences in the ventro-lateral prefrontal cortex (VLPFC), a region of the brain implicated in working memory.

While simply maintaining the memory, both groups showed a similar degree of activation in the VLPFC. During the inhibition phase, VLPFC activity is expected to decrease, which was indeed observed in the healthy group, but not in the patients. Finally, during interference control, patients performed worse and showed increased VLPFC activation compared to the healthy volunteers. Overall, the patients showed altered VLPFC functioning and significant impairments in their ability to control working memory.

“Our findings show that these patients have a specific deficit in inhibiting information in working memory, leading to impaired distinctions between relevant and irrelevant thoughts,” said Eich. “This result may provide valuable insights into the potential brain mechanisms underlying the reasons why these affected individuals are unable to control or put out of mind certain thoughts or ideas.”

This study adds to a growing literature suggesting that cognitive functions require both the activation of one set of regions and the inhibition of others. The failure to suppress activation may be just as disruptive to cortical functions as deficits in cortical activation.

Many years ago, the pioneering scientist Patricia Goldman-Rakic and her colleagues showed that the inhibition of regional prefrontal cortical activity was dependent upon the integrity of the GABA (gamma-aminobutyric acid) system in the brain, a chemical system with abnormalities associated with schizophrenia.

“We need to determine whether the cortical inhibitory deficits described in this study can be attributed to particular brain chemical signaling abnormalities,” said Dr. John Krystal, Editor of Biological Psychiatry. “If so, this type of study could be used to guide therapeutic strategies to enhance working memory function.”

The authors’ affiliations, and disclosures of financial and conflicts of interests are available in the article.

John H. Krystal, M.D., is Chairman of the Department of Psychiatry at the Yale University School of Medicine, Chief of Psychiatry at Yale-New Haven Hospital, and a research psychiatrist at the VA Connecticut Healthcare System. His disclosures of financial and conflicts of interests are available here.

The journal publishes novel results of original research which represent an important new lead or significant impact on the field, particularly those addressing genetic and environmental risk factors, neural circuitry and neurochemistry, and important new therapeutic approaches. Reviews and commentaries that focus on topics of current research and interest are also encouraged.

Elsevier is a world-leading provider of information solutions that enhance the performance of science, health, and technology professionals, empowering them to make better decisions, deliver better care, and sometimes make groundbreaking discoveries that advance the boundaries of knowledge and human progress. Elsevier provides web-based, digital solutions - among them ScienceDirect, Scopus, Elsevier Research Intelligence, and ClinicalKey - and publishes nearly 2,200 journals, including The Lancet and Cell, and over 25,000 book titles, including a number of iconic reference works.