Drug replacement and maintenance therapy have a long history of providing individuals struggling with problematic drug use with legal access to drugs that would otherwise be obtained through illegal means.

More than a half dozen countries in Europe and Canada have implemented heroin - assisted treatment (HAT) programs. Under HAT, pharmacological heroin is administered under strict controls in a clinical setting to those who have failed in other treatments like methadone.

Every published evaluation of HAT has shown extremely positive outcomes : major reductions in illicit drug use, crime, disease and overdose; and improvements in health, wellbeing, social reintegration and treatment retention. The U.S. should implement this innovative health - centered model. 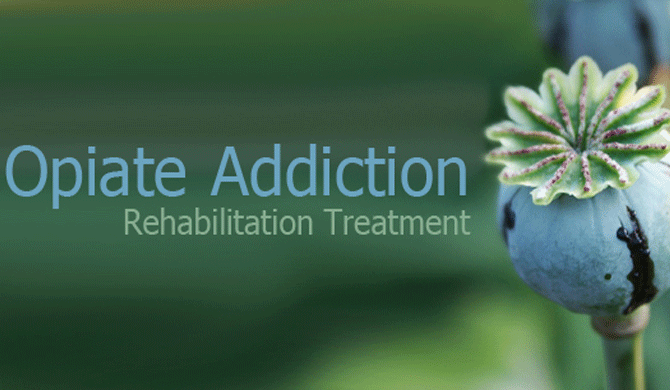 Also known as heroin maintenance, HAT allows for the provision of pharmacological grade heroin (diacetylmorphine) to select heroin - dependent people who have not previously responded to other forms of treatment.

Typically, patients receive injectable or inhalable heroin 2 - 3 times per day from a doctor in a clinic setting under strict controls.

HAT Improves Health, Social Functioning and Quality of Life
Peer - reviewed studies around the world have found that HAT is associated with decreased illicit drug use, crime, overdose fatalities,  and risky injecting, as well as improvements in physical and mental health, employment and social relations.

In contrast, few reports have appeared in the scientific literature demonstrating any harmful consequences of HAT.

HAT Significantly Reduces Illicit Heroin Use
Importantly, every HAT trial has shown a marked decrease in street heroin use. A Cochrane systematic review concluded, “Each study found a superior reduction in illicit drug use in the heroin arm rather than in the methadone arm…the measures of effect obtained are consistently statistically significant.”
For example, the Canadian trial reported a two - thirds (67 percent) reduction in illicit drug use or other illegal activity among HAT participants. Similar reductions in illicit heroin use were reported from HAT trials in the UK (72 percent) and Germany (69 percent).
HAT patients also experience less (and less severe) cravings, helping to explain their decreased use. HAT has also demonstrated an added benefit of reducing participants’ use of alcohol and other drugs.

Heroin treatment starts with the heroin detox process. Before real recovery can begin, the addict must be free from all mood and mind-altering substances. This includes heroin. Most people realize the difficulty in detoxing from heroin, because the heroin withdrawal symptoms are notoriously uncomfortable. Thus, most addicts will need a lot of help with this part of the process, and many will get that help from a medical heroin detox center. In a drug rehab setting, medical staff can help the struggling heroin addict make it through withdrawal by giving them certain medications. In most cases, a synthetic opiate drug is used to taper the addict off of opiates entirely, and in most cases the rehab can have them chemical-free within about a week or so. Using this strategy, most people experience only brief periods of moderate discomfort, and can honestly say that the detox process was tolerable compared to doing it cold turkey.

HAT is not just more effective at reducing street drug use than methadone, but it has also proven to be more cost - effective.

While HAT does cost more than methadone initially, cost - benefit studies demonstrate that these higher costs are more than offset by savings in criminal justice and health care.

“[HAT] has done well in every experimental
evaluation; it has substantial benefits for some of
the most methadone-resistant and criminally active
users. There is no indication that it increases the
extent of heroin use ... It is now a routine treatment
option in Switzerland, the Netherlands, and ...
Germany; other countries are considering it…. [but
it is not] part of the debate in the United States.”
-Peter Reuter, 2013.

HAT has been restricted to those who have not responded to other forms of treatment; although evidence now shows HAT is effective even for people with no previous methadone experience or those who switch from methadone to HAT - suggesting that it could easily be scaled up.

HAT Improves Treatment Retention
Once someone begins a HAT program, he or she is likely to stick around. Retention rates in HAT programs dwarf those of convention treatments.

Patients express a strong preference for HAT over methadone or other standard treatments.

Moreover, those who end up dropping out of HAT usually do not relapse, but rather tend to freely choose to switch to another form of treatment (like methadone) or to abstinence;  while others continue to receive HAT on a long-term basis, with lasting positive results.
HAT Decreases Crime
HAT participants are also much less likely to commit acquisitive crimes and other non-drug offenses. As a result, HAT programs have been shown to decrease crime in areas where they are situated -  leading to additional cost savings of the HAT model.