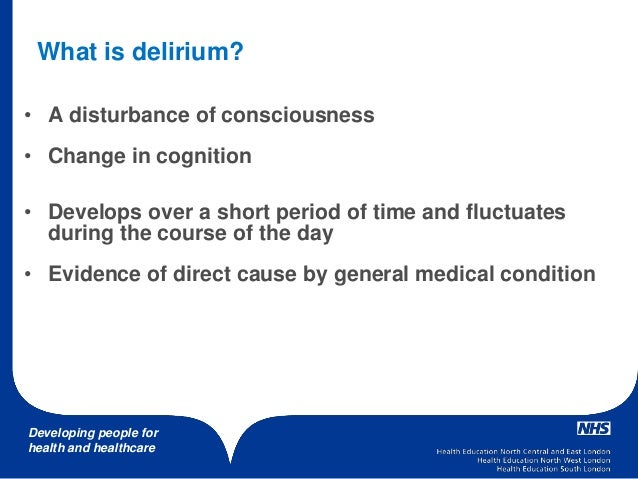 About one-third of patients admitted to an intensive care unit (ICU) will develop delirium, a condition that lengthens hospital stays and substantially increases one’s risk of dying in the hospital, according to a new study led by Johns Hopkins Medicine researchers appearing in the British Medical Journal.

“Every patient who develops delirium will on average remain in the hospital at least one day longer,” says one of the study’s authors, Robert Stevens, M.D., a specialist in critical care and an associate professor at the Johns Hopkins University School of Medicine. Worse, “if you’re admitted to the intensive care unit and you develop brain dysfunction, your risk of not surviving your hospital stay is doubled.”

Physicians and nurses working in intensive care have long been aware that a significant percentage of their patients develop delirium, a type of brain dysfunction characterized by a sudden onset, fluctuating symptoms, inattention and confusion. However, this study establishes the most definitive link between delirium in the ICU and poor outcomes.

Stevens led an interdisciplinary team of colleagues who sifted through 10,000 published reports before selecting 42 studies that met their specific criteria. For instance, they weeded out any studies that included patients with head injuries, strokes or other neurological disorders to obtain a more precise estimate of delirium in ICU patients. That left Stevens and his team with 16,595 patients, of which 5,280 - or 32 percent - had confirmed cases of delirium as measured by established screening protocols. They conducted a meta-analysis, which found that delirium was associated with a twofold increase in hospital mortality even after adjusting for severity of illness. 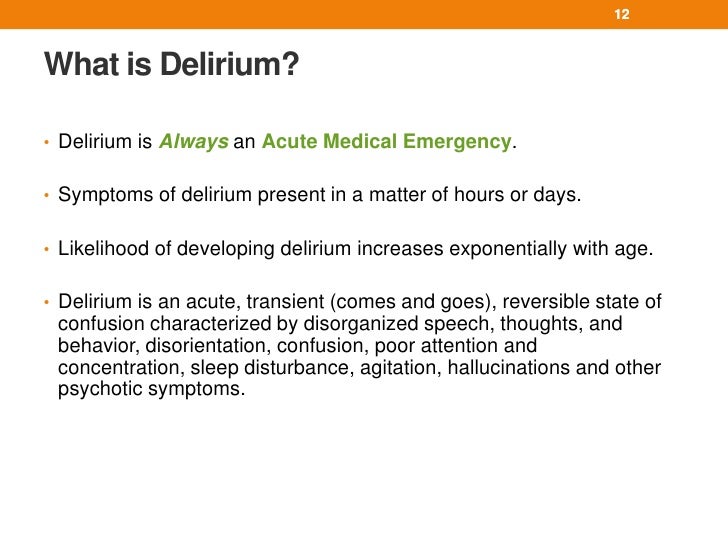 One of the best known causes of delirium is medications given to ICU patients, such as sedatives. For instance, benzodiazepine, which is commonly administered to patients to help them calm down and sleep, may paradoxically lead to disorientation and confusion. The goal moving forward, Stevens says, should be to reduce or eliminate the use of such potentially harmful medications, particularly among higher risk populations, such as the elderly and individuals with dementia. Nighttime interruptions should also be kept to a minimum to ensure that patients get a good night’s rest without sedatives.

Other causes of delirium, however, might be harder to address. According to the inflammatory hypothesis, illnesses occurring outside the brain, such as severe pneumonia, can lead secondarily to inflammation in the brain. Another theory posits that delirium is linked to changes in the flow of blood to the brain, sometimes resulting in strokes that are not recognized as such. Intriguingly, Stevens’ review also showed that among patients who develop delirium, the risk of long-term cognitive decline increases by 20 to 30 percent.

“We’re seeing that even though you may have a very severe illness or injury and you’re lucky enough to survive, you’re still not quite out of the woods,” Stevens says. “We need to think about the measures we can put into place to decrease these long-term burdens.”