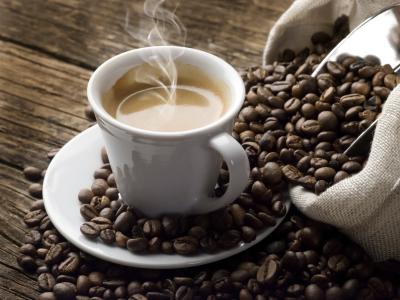 Men who drink the equivalent caffeine level of two to three cups of coffee a day are less likely to have erectile dysfunction (ED), according to researchers from The University of Texas Health Science Center at Houston (UTHealth).

“Even though we saw a reduction in the prevalence of ED with men who were obese, overweight and hypertensive, that was not true of men with diabetes. Diabetes is one of the strongest risk factors for ED, so this was not surprising,” said David S. Lopez, Dr.P.H., M.P.H., lead author and assistant professor at UTHealth School of Public Health.

According to the journal article, the suggested biological mechanism is that caffeine triggers a series of pharmacological effects that lead to the relaxation of the penile helicine arteries and the cavernous smooth muscle that lines cavernosal spaces, thus increasing penile blood flow.

In the United States, 18.4 percent of men 20 years and older have ED, suggesting that more than 18 million men are affected. Caffeine is consumed by more than 85 percent of adults, according to previous research.

Excess body fat (especially abdominal fat) tends to constrict your blood vessels. It makes them stiffer and less malleable. This is what causes your blood pressure to rise.

For many men, this is how their ED starts. The massive rush of blood to the penis needed to produce an erection is not possible when your blood vessels are stiff and your blood pressure is too high.

What does this have to do with coffee? Well, caffeine and coffee have been shown to increase blood pressure by constricting blood vessels in the hours after they are consumed.  This increase in blood pressure will naturally exacerbate erectile difficulties as blood cannot “rush” to the penis like it used to.

For this reason, I think that people who are overweight or prone to high blood pressure should be careful as daily coffee might be chronically raising their blood pressure and impairing blood flow to the penis.

erectile dysfunction " align="right" /> Data for the study came from the National Health and Nutrition Examination Survey and ED was assessed by a single question during a computer-assisted interview. Caffeine sources in the study included coffee, tea, soda and sports drinks.