Young men know even less about emergency contraception than young women do, which may be limiting access to an effective means of preventing unwanted pregnancies, researchers say.

“The big finding in our study is that young men had a lot less knowledge about emergency contraception than the young women that we surveyed, and even among the young women, knowledge wasn’t great,” Sheree Schrager, a member of the study team, told Reuters Health.

“About half of the women understood basic facts about emergency contraception, how you get it, how you use it, and the fact that male partners were also able to buy it over-the-counter for their female partners,” added Schrager, a researcher at Children’s Hospital Los Angeles, California.

“But young men had significantly lower knowledge then the young women did, and this is an opportunity for providers to reach out to young men in the hopes of reaching more young women to use emergency contraception,” she said.

Unplanned pregnancies happen at higher rates in poor communities, and their health and economic consequences may be greater, the researchers write in The Journal of Family Planning and Reproductive Health Care.

Levonorgestrel (Plan B) has been the primary agent used for emergency contraception since its introduction in 2000, they note. But it’s promise for preventing up to half of unwanted pregnancies has gone unfulfilled, in part because of lack of knowledge and access to the drug. 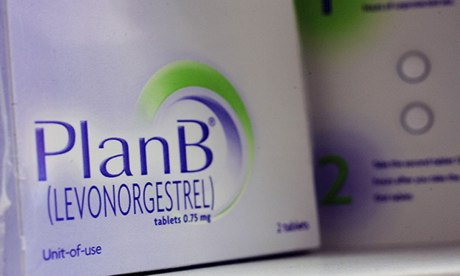 To gauge how much older teens and young adults know about emergency contraception, the researchers enrolled 101 males and 97 females ages 18 to 25 into the study during 2008 and 2009. The participants were either patients at a free health care clinic in Los Angeles or had received physical screenings as part of their training for the Los Angeles Job Corps.

Most of the participants were Hispanic - about 61 percent. Another 13 percent were White and 16 percent were African American. The remaining 6 percent identified themselves as belonging to “other” ethnic groups. Almost three quarters had not completed high school.

The participants answered questionnaires that included items measuring their knowledge of facts about emergency contraception attitudes about using it. Composite scores were determined from the number of correct answers and ranged from 0 to 4.

About half the women and a third of the men knew that emergency contraception was available at pharmacies without a prescription.

Only 18 percent of the women and 8 percent of men knew that emergency contraceptives were available to women under the age of 18.