Bariatric surgery results in substantial weight loss and can turn back some diseases related to obesity, a new study finds.

There is some risk of complications, but death rates appear to be lower than previously thought, researchers reported after reviewing about a decade’s worth of recent data.

They were interested in updating current knowledge about the effectiveness and safety of various types of weight loss surgery, including gastric bypass, adjustable gastric banding (lap banding), vertical banded gastroplasty and sleeve gastrectomy.

These surgical procedures are used for people who are severely obese, or moderately obese with serious weight-related health problems. The last time there was a major update of bariatric surgical research was in 2003.

“Previous reviews included data from clinical trials and studies published before 2003, but because of advances in technology of bariatric surgery and accumulation of surgeons’ experience, information provided in previous reviews is outdated,” Su-Hsin Chang told Reuters Health in an email.

Chang is an instructor with the Division of Public Health Sciences, Department of Surgery at the Washington University School of Medicine in St. Louis, Missouri and led the new study.

Researchers say they have some good news for severely obese teens who decide to undergo weight-loss surgery: These patients are at low risk for major surgical complications.

The number of American teens having weight-loss surgery tripled between the late 1990s and 2003, and it continues to increase. But there is limited information about the safety of the surgery in teens.

In the new study, researchers looked at nearly 250 severely obese teens with an average age of 17 who had weight-loss surgery. Half of the patients had four or more obesity-related conditions, such as High cholesterol, sleep apnea, back pain, joint pain, high blood pressure and fatty liver disease.

“We planned to answer general questions regarding effectiveness and risks of surgical treatment of obesity and which surgical procedure is the most efficacious,” Chang said.

The results were published in JAMA Surgery.

The researchers reviewed 164 studies conducted from 2003 to 2012, which included a total of 161,756 patients. On average, the patients were about 45 years old and almost 80 percent were female.

The average body mass index (BMI), a measure of weight relative to height, of patients before surgery was nearly 46. A BMI of 18.5 to 24.9 is considered normal weight and a BMI of 35 or higher is considered obese.

Patients’ presurgery weight averaged 274 pounds. More than a quarter of patients had diabetes, nearly half had high blood pressure and almost 30 percent had High cholesterol. Seven percent had heart disease and 25 percent had sleep apnea. 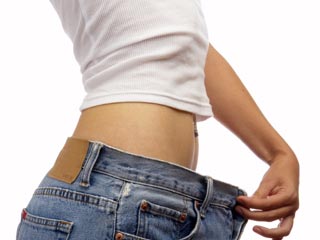 Chang’s group found that patients’ BMI dropped by an average of 12 to 17 points within 5 years after surgery. The researchers also found that diabetes, high blood pressure and sleep apnea improved significantly.

Between 86 percent and 92 percent of patients with diabetes experienced remission of the disease. The same happened for about 75 percent of those with high blood pressure.

High cholesterol and heart disease were rolled back at slightly lower rates, but sleep apnea disappeared or improved dramatically in more than 90 percent of those who had it pre-surgery.

This type of surgery is only available on the NHS to treat people with potentially life-threatening obesity when other treatments, such as lifestyle changes, haven’t worked.

Potentially life-threatening obesity is defined as:

having a body mass index (BMI) of 40 or above
having a BMI of 35 or above and having another serious health condition that could be improved if you lose weight, such as type 2 diabetes or high blood pressure

For people who meet the above criteria, weight loss surgery has proved to be effective in significantly and quickly reducing excess body fat.

Gastric bypass surgeries were the most effective in terms of long-term weight loss, but the procedure had the highest complication rates. Sleeve gastrectomy was almost as effective as gastric bypass. Adjustable gastric bands (lap bands) weren’t quite as effective but were the safest.

“The article is very interesting and overdue,” Dr. Pratt Vemulapalli told Reuters Health in an email.