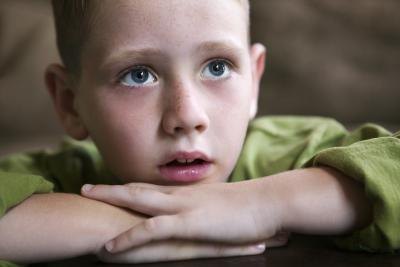 There is no doubt that teenage boys and girls are swayed and shaped by music TV. For example, sexually active youth of both genders, after watching music TV, think their peers are sexually active, too. Moreover, when girls and boys perceive males in music videos as being sexually active, it makes boys watch more music TV, and girls watch less. These are some of the surprising findings from a study conducted at the Catholic University of Leuven in Belgium, published in Springer’s journal Sex Roles. The results question the frequently reported blanket influence of the mass media on teenagers’ sexual behavior.

Watching music videos is a popular pastime of European and American teenagers. It does however receive its fair share of criticism for having too much sexual content, for objectifying women and for promoting a recreational view of sexual activities involving active men. It has been linked to teenagers’ becoming sexually active earlier in life.

The researchers found that watching sexual music videos only had an effect on the sexual behavior of teenage boys, but not so on girls. The believe such behavior is influenced by the sexual scripts of music videos, which tend to show men taking the more active role in any sexual interaction.

Watching music videos definitely had an influence on how sexually active boys and girls thought peers of the same sex were. It made them believe that many of their friends were also sexually active - even though this might, of course, not be true. This, in turn, made the boys watch even more such television. On the other hand, girls seemingly did not want to be reminded too much about what their boyfriends might be up to, and they preferred to switch off these programs. This might be a type of defense reaction on the part of girls who believe that many male peers are sexually active. Part of that mechanism may be to reject media content that tends to portray girls as sexual objects.

-Teens who watch sex on TV are more likely to become sexually active sooner, according to a study in the journal Pediatrics.

Rebecca Collins, PhD, of RAND Corporation, and colleagues did phone interviews with nearly 1,800 young people aged 12 to 17 about their sexual activity and TV viewing habits. They responded to measures of more than a dozen factors known to be associated with teen sexual initiation.

One year later, they called participants again to note what shows they watched and new sexual experiences the teens had experienced since the first survey.

The researchers, who conducted the interviews in 2001 and 2002, saw “substantial associations” between the amount of sexual content viewed by the teens and advances in sexual behavior.

In the year between the surveys, the teens with the most TV sex viewing were nearly twice as likely to have started having sexual intercourse as those who watched the least sexually charged shows.

All that racy content made kids grow up faster.

It’s hard to avoid sexual content on TV, which is part of nearly two-thirds of all TV programs.

The issue isn’t just about scenes with sexually explicit content. Dialogue about sex can be just as influential.

“It apparently makes little difference whether a TV show presents people talking about whether they have sex or shows them actually having sex,” write the researchers.

“Regarding the influence of music television exposure on sexual behavior, our findings suggest that increased sexual activities may be triggered by media use among boys, but not among girls,” said co-author Eline Frison, summarizing the findings. “As the portrayal of women as objects of lust reflects patriarchal values, media images that support this type of male dominance may provoke resistance in female viewers. This is especially valid among those who view such activity as a threat because of the high sexual activity rates of male peers.”

Does the Effect of Exposure to TV Sex on Adolescent Sexual Behavior Vary by Genre?
The sources and content of sex-related information that adolescents receive have important consequences for their subsequent knowledge and behavior (Berenson, Wu, Breitkopf and Newman, 2006; Bleakley, Hennessey, Fishben and Jordan, 2009; Kirby, 2002). Thus, parents, policy makers, and child advocates worry about adolescents’ exposure to sexual content in the media. Concerns about teen pregnancy and STD rates are among the foremost concerns outlined in the Surgeon General’s (2001) “Call to action to promote sexual health and responsible sexual behavior.”

Concern regarding the link between adolescents’ exposure to sexual media content and their initiation of sexual activity may be warranted because teens report various media among their primary sources of information about sexual behavior (Bleakley, Hennessey, Fishbein and Jordan, 2009; Hoff, Greene and Davis, 2003). Furthermore, studies indicate that watching more sexual content in the media contributes to sexual activity among adolescents (e.g., Brown et al., 2006; Collins et al., 2004; Hennessey, Bleakley, Fishbein and Jordan, 2009; Pardun, L’Engle and Brown, 2005). For example, Martino and colleagues (2005) surveyed non-sexually active 12- to 14-year-old teens regarding their degree of exposure to 23 popular television programs containing sexual talk and behaviors. One year later, this sexual media exposure was positively related to teens’ beliefs that the majority of their peers were having sex and their feelings of self-efficacy regarding safe-sex practices. Conversely, exposure was negatively related to the teens’ expectations of negative consequences of sex. Each of these psychosocial outcomes was in-turn significantly predictive of teens’ initiation of sexual intercourse by the time of the second interview.

In another longitudinal study, Collins and colleagues (2004) twice surveyed a national sample of 12- to 17-year-olds over a one-year interval. The researchers examined the role of overall exposure to sexual content in a sample of television shows popular with teens, their relative exposure to messages in the sample of programs regarding the risks and responsibilities of sex, and exposure to sexual talk versus behavior in the programs. They found that for those who were virgins at the start of the study, watching programs high in sex content was a significant predictor of sexual intercourse initiation a year later after controlling for a number of other related factors (e.g. age, parent education, and sensation-seeking). Results did not differ based on exposure to sex-related talk versus behavior. Additionally, they found that African American teens with high exposure to programs with risk and responsibility messages were less likely to engage in intercourse, though this relationship was not found for teens from other racial groups. In a subsequent analysis of the same data, the group found that teens with higher exposure to sexual television content during the baseline survey were more likely to experience unplanned pregnancies within the following three years (Chandra et al., 2008).