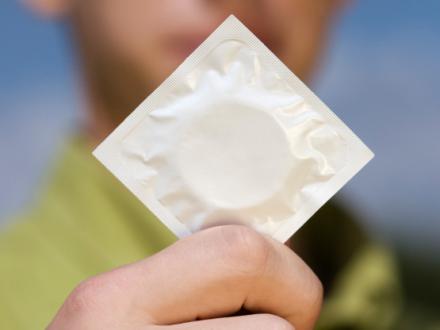 Although teenagers should be encouraged to abstain from sex, they should also have access to cheap condoms, pediatricians said Monday.

In a policy statement, the American Academy of Pediatrics (AAP) Committee on Adolescence said schools are a good place to make condoms available. To be most effective, they should also be accompanied by sex education programs.

There is still some resistance to making condoms more accessible for young people, researchers said.

“I think one of the main issues is the idea that if you provide condoms and make them accessible, kids will be more likely to have sex. But really, that’s not the case,” Amy Bleakley said.

“Getting over the perception that giving condoms out will make kids have sex is a real barrier for parents and school administrators,” she told Reuters Health.

Bleakley studies teen sexual behavior and reproductive health at the University of Pennsylvania in Philadelphia but wasn’t part of the AAP committee.

She said some studies suggest teenagers with access to condoms and comprehensive sex education actually start having sex later than their peers who don’t.

Teen birth rates have been declining in the United States, according to the Centers for Disease Control and Prevention. In 2011, there were 31 births for every 1,000 U.S. women aged 15 to 19.

But that number is still higher than in other developed countries.

And rates of many sexually transmitted infections (STIs), including Chlamydia and gonorrhea, are highest among teenage and young adult women.

The new policy statement, an update to the AAP’s 2001 statement on condom use by adolescents, was published Monday in Pediatrics.

“The biggest difference is that we have more evidence about how effective they are against sexually transmitted infections,” Dr. Rebecca O’Brien, the policy statement’s lead author, said.

That’s especially true for viruses like herpes and HIV, she added.

When it comes to preventing pregnancy, condoms will fail in about 2 percent of couples when used perfectly - all the time, every time - over a year. In reality, the failure rate is about 18 percent during a year of typical use, the committee said. 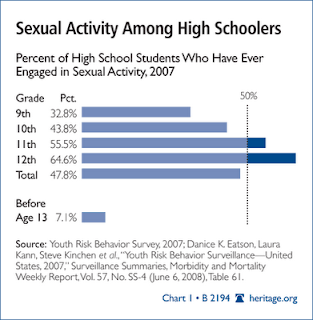 Using condoms along with another birth control method, such as the Pill or an intrauterine device, may be the best way to prevent pregnancy and STIs.

In its recommendations, the committee said doctors should support consistent and correct use of condoms. They should also encourage parents to discuss condom use and prevention of STIs with their adolescent children.

Sexually active teenagers should have access to free or low-cost condoms, such as in pediatricians’ offices and schools, the committee emphasized. At retail stores, condoms sold in multi-packs typically cost 25 to 50 cents each.

“For teens to use them, they have to have them available, and they’re not going to come in necessarily asking for them,” O’Brien said.

O’Brien specializes in adolescent medicine at Boston Children’s Hospital. She said her office has a fishbowl full of condoms.

“Having them available, not just in healthcare settings is really important,” she told Reuters Health.

“Have them in the mall. They should be everywhere.”

Still, the committee said, abstinence should be encouraged as the best way to prevent STIs and unintended pregnancy.

Bleakley echoed the importance of communication between parents and teenagers.

“Parents really need to be proactive about communicating with their adolescents before their kids engage in sexual activity,” she said.

“Really parents who talk to their kids about sexuality, about contraception, about condoms - their kids have much better outcomes,” like fewer unintended pregnancies, Bleakley said.

“If you don’t feel comfortable talking about these topics, get some help,” O’Brien said.