A comparatively new form of a medication for alcohol and opioid dependence that’s injected once a month instead of taken orally once a day appears to be significantly more effective than some other medications - because more patients actually continue the prescribed regimen.

The findings, published in the Journal of Substance Abuse Treatment by researchers from Oregon State University and other institutions, offer support for a wider use of medications that may help reduce or prevent substance abuse and related hospital admissions.

The cost savings could offset the cost of the medication, researchers said.

In the past, there has been fairly low use of medications to treat alcohol and opioid dependence. Several treatment options are available, with differing mechanisms of action, and they generally work to reduce the pleasurable feelings associated with drug and alcohol use, thereby discouraging the use of them.

The medication in the study that was found to be more effective than some past approaches was extended-release Naltrexone, which is administered once a month by injection in a medical setting. The research was supported by Alkermes, Inc., the manufacturer of that medication.

“Some of these medications are opioid antagonists, which reduce the euphoric effects of alcohol and some drugs,” said Dan Hartung, an associate professor in the Oregon State University/Oregon Health & Science University College of Pharmacy, and lead author on the study.

“Historically, oral medications for substance abuse have not often been prescribed or found to have a high degree of success, mostly because patients stopped taking them,” Hartung said. “But there are patients who are committed to treating their problems and data showed that they clearly appear to have success with extended-release Naltrexone, which is administered just once a month.”

The issue may be of increased importance, experts said, because of health and prescription drug coverage that is now being made available through the Affordable Care Act. It may make such medications available to many people who previously did not have access to them, and in the process achieve some goals of reducing hospital admissions.

The new meta-analysis combined findings from five other papers, comprising a total of 1,565 patients who received extended-release Naltrexone compared to other therapies for six months, among nearly 60,000 overall patients - the only comprehensive analysis of its type that has been completed. 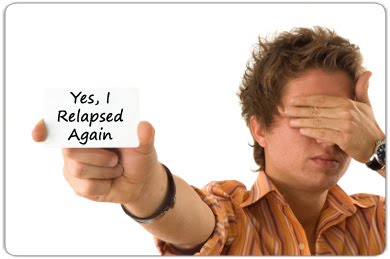 It found that even though extended-release Naltrexone is expensive - about $1,100 a month - the total health care utilization and costs were generally lower for patients taking it, compared to those using other alcohol-dependence treatments.

They found that significant savings were produced by fewer days of detoxification facility use and inpatient utilization.

Alcohol and drug use disorders affect more than 21 million Americans, the researchers noted in their study – or about 8 percent of the nation’s population. Research in New York found that substance abuse more than doubled the number of preventable hospital re-admissions. But despite this, treatment of alcohol dependence with medications ranks the lowest among 25 health and behavioral conditions.

“There has always been some reluctance on the part of health care practitioners, as well as the patients they are treating, to use prescription medication to treat a substance abuse problem,” Hartung said.  “Medication-assisted therapy is underutilized. With more people having access to these medications, now would be a good time to do further research on the comparative efficacy and use of them.”

Although most studies of extended-release Naltrexone have been six months in duration, longer-term data suggest effectiveness is maintained for longer durations of therapy. Very limited research has been done comparing the efficacy of various drugs for these purposes.

Nationally, even at addiction treatment centers, only 24 percent used pharmacotherapy for alcohol dependence and 34 percent for opioid dependence. Barriers to use include financing, concerns about cost, medical staffing, education and attitudes.

“Given rising pressures to reduce potentially preventable hospital readmissions and other reducible cost and morbidity causes,” the researchers wrote in their conclusion, “the optimization of patient care and management of resources warrant systemic change in the delivery of addiction treatment, in the advancing era of health care reform.”

Extended-release Naltrexone for Alcohol and Opioid Dependence: A Meta-Analysis of Healthcare Utilization Studies

Through improved adherence, once-monthly injectable extended-release naltrexone (XR-NTX) may provide an advantage over other oral agents approved for alcohol and opioid dependence treatment. The objective of this study was to evaluate cost and utilization outcomes between XR-NTX and other pharmacotherapies for treatment of alcohol and opioid dependence. Published studies were identified through comprehensive search of two electronic databases. Studies were included if they compared XR-NTX to other approved medicines and reported economic and healthcare utilization outcomes in patients with opioid or alcohol dependence. We identified five observational studies comparing 1,565 patients using XR-NTX to other therapies over six months. Alcohol dependent XR-NTX patients had longer medication refill persistence versus acamprosate and oral naltrexone. Healthcare utilization and costs was generally lower or as low for XR-NTX-treated patients relative to other alcohol dependence agents. Opioid dependent XR-NTX patients had lower inpatient substance abuse-related utilization versus other agents and $8170 lower total cost versus methadone.
Hartung, Daniel; McCarty, Dennis; Fu, Rongwei; Wiest, Katharina; Chalk, Mady; Gastfriend, David R.