Researchers from the Institute and Department of Psychiatry, Faculty of Medicine, University of São Paulo, (Brazil); the Imperial College of London, (UK); the University of Western Australia (Australia) and the University of Toronto (Canada) have just published a study in the Journal of Psychopharmacology suggesting that what had been clustered as anxiety disorders is not homogenous in terms of functioning of the serotonergic system.

The researchers reanalyzed the results of six other studies that had evaluated the effects of the acute reduction of tryptophan, the precursor of serotonin (a substance that makes the communication between neurons), in patients who had received successful treatment for their disorder with either a serotonergic antidepressant action or cognitive-behavioral therapy for individual anxiety disorders. This paradigm is known to produce abrupt lowering in serotonin levels in the body, allowing inferences about the role of this neurotransmitter in innumerous disorders and psychological functions. The reanalysis confirmed, directly in subjects with disorders psychiatric, what could be predicted by a theory developed by the researchers Bill Deakin (University of Manchester, UK) and Frederico Graeff (University of São Paulo at Ribeirão Preto, Brazil). According to this theory, acute reductions in serotonergic levels would cause important worsening of symptoms in patients with a subgroup of disorders more related to fear, but not in those with psychiatric disorders more related to anxiety, even though all of them are grouped under the single term “anxiety disorders” and adequately treated with serotonergic antidepressants.

“The idea of responses to threatening stimuli causing feelings and emotions related to fear and anxiety, as well as a myriad of subgroups within these responses, is not new. However, our study gives an important step towards sub clustering of disorders once it is based on one of the most important neurotransmitters involved in these reactions and in the fact that it was tested in actual psychiatric patients” says Corchs.

According to the authors, this distinction is important to the ongoing efforts in order to re categorize psychiatric disorders based on etiological variables and may also help to give direction to the development of new treatments. 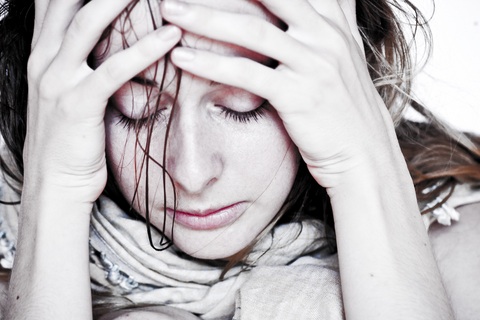 “Importantly, the data must be interpreted in the light of the fact that our results are a reanalysis of studies that had as main objective the assessment of the effects of acute tryptophan depletion in samples grouped by disorders. Further studies need to be developed with specific methodology to identify the exact clinical characteristics of patients who have these two pharmacological profiles independently of the current diagnostic criteria of the DSM and ICD. This may contribute to future etiology-based diagnostic criteria”, highlights Corchs.