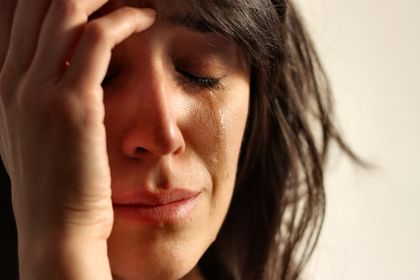 The study was published online November 18 in JAMA Psychiatry.

Patients had a score of 20 or higher on the Hamilton Depression Rating Scale at baseline. The mean duration of the current major depressive disorder episode ranged from a low of 45 weeks in the placebo group to a high of 90 weeks in the combination group.

Major depressive disorder (MDD) affects at least 5% of the population, with a lifetime prevalence estimated at 14%. It is the second-ranked cause of disability worldwide and is associated with impairment in quality of life, increased risk of mortality, and societal burden. Treatments for MDD include psychotherapies and antidepressants, but remission rates remain low despite adequate treatment and more therapeutic options are needed.

Light therapy, an effective treatment for seasonal affective disorder (SAD), may also be appropriate for MDD. Bright light is a safe, well-tolerated, nonpharmacological treatment that can be used alone or combined with medications. Light can correct disturbed circadian rhythms, which have been implicated in the pathophysiology of MDD. Previous meta-analyses of light therapy for nonseasonal MDD, however, have yielded only equivocal and conflicting evidence for efficacy. Two more recent systematic reviews both concluded that the quality and methods of the identified studies were too heterogeneous to conduct a meta-analysis. They each found insufficient evidence for efficacy of bright light monotherapy, although 1 review found low-quality evidence for bright light as adjuvant treatment to antidepressants.

The mean Montgomery-Asberg Depression Rating Scale (MADRS) score at week 0 was approximately 22 in all treatment groups.

Light therapy consisted of 30 minutes a day of exposure to a fluorescent light box as soon as possible after awakening. The negative ion generator was modified to emit an audible quiet hum but was deactivated so that no ions were emitted.

At the end of the 8-week treatment interval, mean changes in MADRS score from baseline were significantly greater among those who received the combination of bright light plus fluoxetine than for any of the other treatment groups.

Bright light treatment, both as monotherapy and in combination with fluoxetine, was efficacious and well tolerated in the treatment of adults with nonseasonal MDD. The combination treatment had the most consistent effects.

One patient in the combination treatment arm was hospitalized for worsening suicidal ideation after treatment week 4, but this was not judged to be treatment related.

Otherwise, the percentage of patients reporting at least one treatment-emergent adverse event was not significantly different between the four treatment groups, at about 54% for placebo, 80% for fluoxetine monotherapy, 62% for light therapy alone, and about 51% for the combination group.

According to investigators, most treatment-emergence adverse events were transient. No patients switched to hypomania.

“Nonseasonal major depressive disorder may also be associated with disturbances in circadian rhythms,” they write. “And bright light has predictable circadian phase-shifting effectives in humans.”

Dr Lam noted that light therapy is quite accessible, inasmuch as many drug stores sell light devices and boxes, which are usually priced within the $100 to $300 range.

Asked by Medscape Medical News to comment on the study, Michael Terman, PhD, professor of psychiatry, Columbia University, and director of the Comprehensive Chronotherapy Group, New York City, noted that as early as the 1970s, there were inklings that light had antidepressant effects in nonseasonal major depression, but because of the rapid — often within days — and dramatic improvement seen with light therapy in patients with seasonal affective disorder (SAD), attention was quickly diverted to the use of light therapy in SAD.

“The major surprise was the failure of a standard therapeutic dose of fluoxetine to beat the placebo rate, while light therapy showed a large effect size within 4 weeks,” he added.

This is particularly surprising given that an earlier study by Dr Lam and colleagues showed that fluoxetine and light had similar benefits in patients with SAD.

For patients with nonseasonal depression in the current study, Dr Terman still believes there was a subtle benefit of fluoxetine that emerged with extended treatment, and its effect was magnified when used in combination with light.

“This the most impressive clinical trial of light therapy I have seen, whether for SAD or non-SAD,” Dr Terman said.

“It ran for 8 weeks ? longer than earlier studies ? it used two types of placebo control, and it pitted the response against standard antidepressant medication,” he added.

“If light had proved ineffective or only weakly effective in comparison with fluoxetine, it would have consigned light therapy to the dustbin, but the dramatic, opposite result turns the tables on the choice of somatic treatment for major depression ? 10,000 lux light therapy upon awakening or, by implication, a walk outdoors if the sun is up ? now can be recommended to patients with recurrent depression, many of whom will respond without recourse to drugs.”

More information on light therapy is available online from the University of British Columbia.

Dr Lam and his coauthors have a number of relationships with the healthcare industry, which are listed in the original article. Dr Terman has disclosed no relevant financial relationships.