For many years, researchers have been investigating whether there are any associations between Parkinson’s disease (PD) and lifestyle choices such as smoking and coffee and alcohol consumption. In a review published in the Journal of Parkinson’s Disease, the literature concerning alcohol consumption presents conflicting information.

A systematic review of the relevant literature from 2000-2014, from observational studies, found little evidence for either a positive or negative effect on PD risk from alcohol consumption. When weak associations were observed in some reports, the authors found that the studies were at greater risk of selection and recall bias, which could compromise the effects found.

Sixteen articles that met the criteria for inclusion were identified. All were primary research articles, published in English in peer-reviewed journals. These studies had to include a comparison or control group consisting of individuals without PD, report a measure of association between quantity and frequency of alcohol intake and PD risk, and adjust at least for the potential confounding factors of smoking and age. Research that measured alcohol exposure only as drinker versus non-drinker were excluded.

“This review determined several possible methodological weaknesses that could explain the varying and often conflicting results of studies reporting lifestyle exposures such as smoking, coffee/tea and alcohol consumption contributing to PD risk,” explained lead investigator Silvana Bettiol, PhD, MPH, School of Medicine, University of Tasmania, Tasmania, Australia. “These included selection or self-selection of controls, difficulties in retrospective assessment of alcohol consumption, differences in the lengths of follow-up periods, and inconsistent definitions of drinkers and non-drinkers.”

In addition, in studies in which alcohol consumption and PD incidence were accurately measured over time, only non-significant associations were found, further supporting the argument that various limitations and biases affected many of the studies. 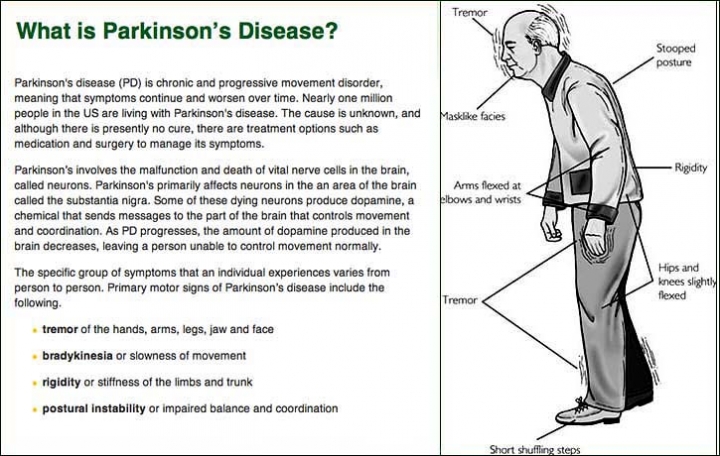 Parkinson's disease?" align="right" /> “This study highlights the need for more prospective studies investigating the relationship between alcohol and PD of adequate sample size. Improvements to reporting of studies by investigators particularly with respect to sample size and power would help others interpret the epidemiological significance of any findings,” concluded Dr. Bettiol. In summary, “most of the studies proved to be preliminary and improving statistical power to detect joint effects was encouraged.”