For decades, people seeking an HIV test have been counseled on realistic and achievable steps they could take to avoid infection. But a national study led by Miller School investigators has determined that, given the rapid HIV tests available today, the resources devoted to pre-test counseling would be better spent on universal testing that could detect more HIV cases earlier, and link newly infected people to the treatment that could halt the spread of the virus.

Published October 23 in the Journal of the American Medical Association, the study co-led by the Miller School’s Daniel Feaster, Ph.D., associate professor of public health sciences, found that the brief patient-centered counseling recommended by the Centers for Disease Control and Prevention before rapid HIV testing has no significant impact on the subsequent acquisition of sexually transmitted diseases (STDs), and should be reconsidered as an AIDS prevention strategy.

“(W)ithout evidence of effectiveness, counseling cannot be considered an efficient use of resources,’’ the authors concluded in their study titled “Effect of Risk-Reduction Counseling With Rapid HIV Testing on Risk of Acquiring Sexually Transmitted Infection: The AWARE Randomized Controlled Trial.”

“Post-test counseling for persons testing HIV-positive remains essential, both for addressing psychological needs and for providing and ensuring follow-through with medical care and support,” they continued. “A more focused approach to providing information at the time of testing may allow clinics to use resources more efficiently to conduct universal testing, potentially detecting more HIV cases earlier and engaging HIV-infected people in care.”

Conducted with a $12.3 million NIH stimulus grant awarded in 2009 to Lisa Metsch, Ph.D., a former Miller School professor of epidemiology and public health who chairs the Department of Sociomedical Sciences at Columbia University’s Mailman School of Public Health, and Grant Colfax, M.D., the former Director of the San Francisco Department of Public Health’s HIV Prevention Section who directs the Office of National AIDS Policy, the AWARE study is likely to help settle the ongoing debate over brief risk-reduction counseling.

A 1998 study on the efficacy of counseling, which was known as Project RESPECT, showed that brief patient-centered counseling delivered with HIV testing reduced the incidence of STDs. But that study of people at risk for acquiring HIV was conducted before the advent of both rapid testing and the highly effective antiretroviral therapy that has transformed HIV/AIDS from a fatal to a chronic disease. The original study also omitted the group at highest risk for new infections - men who have sex with men. They account for nearly two-thirds of new infections in the U.S.

Given those changes and gaps, the Institute of Medicine and many public health officials have questioned whether pre-counseling should remain an integral part of the testing process absent any concrete evidence that it works - and in light of the National HIV/AIDS Strategy’s goal of increasing the percentage of people living with HIV who know their status to 90 percent by 2015. About one in five people living with HIV is thought to be undiagnosed.

Essentially replicating the Project RESPECT study, the AWARE investigators hypothesized that the subsequent six-month STD infection rate among people who underwent a 20-minute or so personalized risk counseling session along with rapid tests for HIV and other STDs when they visited an STD clinic would be less when compared to those offered an HIV test with information only. But after randomizing 5,012 patients who visited STD clinics in nine cities across the nation, including Miami, into either the counseling or information-only group, they found there was no significant difference between them.

While the AWARE investigators did not examine the reasons, Feaster speculates that the normalization of AIDS, the advent of rapid testing and the evolution of the disease from a fatal to a chronic disease have played a significant role in the effectiveness of brief counseling. 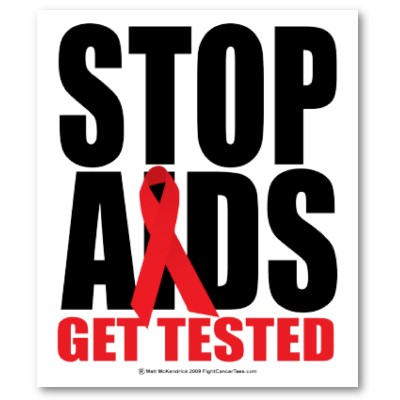 When AIDS was tantamount to a death sentence, people who were tested for the virus often had to wait a week or two for the results, an agonizing period that, Feaster said, may have acted as a self-regulator of risky behaviors. But today, test results are available within 30 minutes, allowing people to undergo testing more frequently and, when their results come back negative, to think, “Well, I am OK. What I’ve been doing is all right.”

While Feaster cautioned against construing the AWARE study as evidence that other, more in-depth counseling is ineffective, he foresees a sea change where far greater emphasis will be placed on universal testing than brief patient-centered counseling at the time of rapid HIV testing. As he notes, were all people infected with HIV taking the appropriate anti-viral therapy at the onset of their infection, the chances they would infect someone else would be virtually non-existent, and AIDS could finally be eradicated.

“What we have to realize is things have changed,” Feaster said. “We’re not saying that counseling to reduce risk behavior doesn’t work. We’re saying that this quick 20-minute counseling when you get a test doesn’t have a whole lot of impact. So, if you’re not spending as much time counseling people when they get an HIV test, then you can spend more time counseling those who test positive and getting them into care.”

An accompanying editorial to the new JAMA study agreed that a shift away from counseling is “crucial” to increased HIV screening and “integral” to reducing the number of people with HIV who are unaware of their infection.

In addition to Feaster, who was project Principal Investigator with Metsch and Colfax and the statistician who analyzed most of the AWARE data, other Miller School authors on the study include Jose G. Castro, M.D., associate professor of medicine, who was study site Principal Investigator for the Miami-Dade County Department of Health’s Downtown Miami STD Clinic. The other participating STD clinics were in Pittsburgh, Jacksonville, Florida, Los Angeles, San Francisco, Portland, Oregon, Seattle, Columbia, South Carolina, and Washington, D.C.

Alexandra Bassil
.(JavaScript must be enabled to view this email address)
305-284-1092
University of Miami