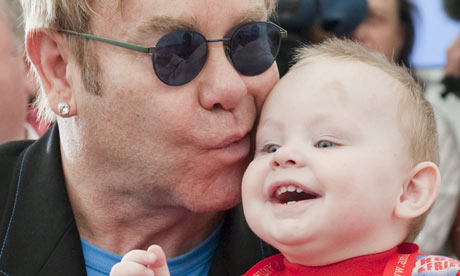 Although younger children with HIV are at high risk of disease progression if not treated, new research published this week in PLOS Medicine indicates that they have good potential for achieving high CD4 counts (a measure of a type of white blood cell that correlates with immune function) in later life provided antiretroviral therapy (ART) is initiated according to current treatment guidelines. However, the research also suggests that the recommended CD4 count thresholds for ART initiation are unlikely to maximize immunological health in children who have never received ART before the age of ten years.

The research led by Joanna Lewis from University College London, UK, was an international collaboration and used data collected during the ARROW trial, a study designed to investigate monitoring strategies during first-line HIV treatment in 1,206 HIV-positive children in Uganda and Zimbabwe. In this study the researchers used children’s CD4 counts that were collected every 12 weeks for approximately 4 years to analyze how the long-term CD4 count outcomes changed after ART initiation.

In three-quarters of the children, CD4 counts increased rapidly immediately after ART initiation, then slowed before eventually reaching a constant level of about 80% of the CD4 count expected in an HIV-uninfected child of the same age.

Using this data the researchers were able to predict CD4 trajectories for children starting ART at different ages and with different CD4 counts. Higher long-term counts were predicted for children starting ART earlier and with higher CD4 counts. However, using current recommended CD4 thresholds for starting ART in children older than 5 years, lower CD4 counts were predicted when they become adults, such that children who have been infected from childbirth and who remain untreated beyond 10 years of age are unlikely ever to normalize CD4 count, regardless of CD4 count at ART initiation.

The authors conclude, “[o]ur results indicate that although younger ART-naive children are at high risk of disease progression, provided they start ART following current WHO/Paediatric European Network for Treatment of AIDS/US Centers for Disease Control and Prevention guidelines, they have good potential for achieving high CD4 levels in later life. However, to attain maximum immune reconstitution in older children, particularly those >10 y, ART may need to be initiated regardless of CD4 cell count.”

Funding: ARROW is funded by the UK Medical Research Council and the UK Department for International Development (DFID). ViiV Healthcare/GlaxoSmithKline donates first-line drugs for ARROW. JL was supported by an Engineering and Physical Sciences Research Council Life Sciences Interface Doctoral Training Centre studentship at the Centre for Mathematics and Physics in the Life Sciences and Experimental Biology (CoMPLEX), and also received support from the National Institute for Health Research Biomedical Research Centre Funding Scheme at Great Ormond Street Hospital and the Institute of Child Health. NK was partly supported by Great Ormond Street Hospital Charity. The work was also supported by funding from an MRC Grant G1001190. The funders had no role in study design, data collection and analysis, decision to publish, or preparation of the manuscript.

Competing Interests: AJP is a coinvestigator on the ARROW trial but did not receive any funds for his participation in this trial. AJP is a member of the WHO paediatric ARV working group but receives no financial support for this activity. AJP is funded by the Wellcome Trust. All other authors have declared that no competing interests exist.