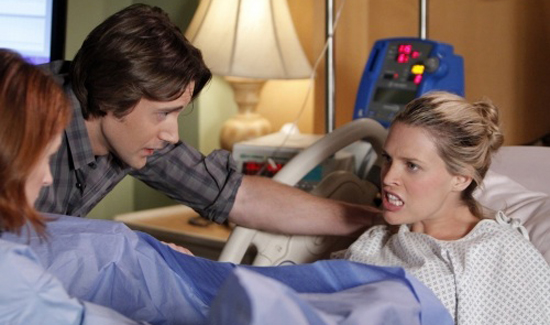 A new discovery at Oregon Health & Science University highlights an ingenious method to ensure the body effectively reacts when infected with the highly evasive HIV virus that causes AIDS. The same team of researchers has been utilizing this unique approach to develop its own HIV vaccine candidate, which has so far shown promising results in animal studies. This latest research finding will be published in the May 24, 2013, edition of the journal Science.

“A major challenge in developing an effective HIV vaccine is figuring out how to target this evasive virus,” said Dr. Louis Picker, M.D., associate director of the OHSU Vaccine and Gene Therapy Institute, where the work was conducted.

CD8+ “cytotoxic” T cells are an important component of the immune system and are particularly important for pathogens, like HIV, that easily evade antibodies. They serve as sentries within the body that detect and destroy virus-infected cells, accomplishing this function by recognizing short viral peptides on the surface of infected cells. T-cells are designed to be quite frugal in the number of different viral peptides they recognize, typically responding to just a handful of such peptides. This is a problem for control of HIV, which is able to able change its peptides and thus escape T cells responses that do not target the relatively few functionally critical peptides that can’t change without debilitating the virus. In the vast majority of HIV infections, the few viral peptides recognized by T cells are not the vulnerable ones, and the virus escapes.

Therefore, the strategy that Dr. Picker and his colleagues adopted was to try to develop a vaccine to increase the number of viral peptides that T cells would recognize, reasoning that increasing this “recognition breadth” would allow T cells to more effectively respond to HIV.

The researchers found that cytomegalovirus or CMV, a common virus already carried by a large percentage of the population, may hold the key. Their studies in the non-human primate model of HIV, called SIV, found that a modified version of CMV engineered to express SIV proteins generates SIV-specific T cells that recognize three-fold as many SIV peptides as T cell generated by conventional vaccines and SIV itself. Moreover, these responses were entirely different from conventional responses, such that even viruses that had previously escaped natural responses would still be vulnerable. In effect, the hunters of the body were provided with a much better targeting system to help them find and destroy an elusive enemy.

Picker and his colleagues believe an HIV vaccine equipped with a modified CMV vector might be able to both prevent infection (prophylactic vaccine) and effectively battle the virus even if applied post-infection in individuals with infections suppressed by anti-retroviral therapy. Moving forward, the research team hopes to utilize this new information to create customized CMV vectors with a broad ability to identify several components of HIV and then incorporate this component into an effective vaccine.

“We hope we can begin clinical trials in human patients within a few years,” explained Dr. Picker. “This new information gives us a much clearer roadmap for effectively targeting the disease which to this point has found ways to evade the human immune system.”

OHSU and paper authors Drs. Picker, Hansen, Früh and Nelson have a significant financial interest in TomegaVax, Inc., a company that may have a commercial interest in the results of this research and technology. The potential individual and institutional conflicts of interest have been reviewed and managed by OHSU.

Oregon Health & Science University is the state’s only academic health and research university. As Portland’s largest employer with approximately 14,000 employees, OHSU’s size contributes to its ability to provide many services and community support not found anywhere else in the state. OHSU serves patients from every corner of Oregon and is a conduit for learning for more than 4,300 students and trainees. OHSU is the source of more than 200 community outreach programs that bring health and education services to each county in the state.