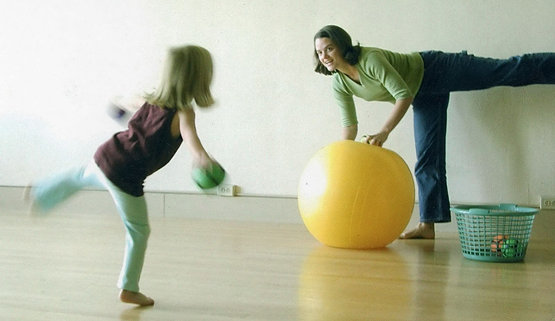 New research from UC San Francisco shows that an “expressive therapy” group intervention conducted by The Medea Project helps women living with HIV disclose their health status and improves their social support, self-efficacy and the safety and quality of their relationships.

“Medication alone is totally insufficient,” said the study’s first author, Edward L. Machtinger, MD, director of the Women’s HIV Program at UCSF. “Over 90 percent of our patients are on effective antiretroviral therapy but far too many are dying from suicide, addiction, and violence. Depression, addiction, and especially trauma are very common and often devastating for women living with HIV but are not being effectively addressed by most clinics. We believe that helping women develop the skills and confidence to tell their stories publicly will reduce their isolation and be the first step towards their becoming genuinely healthy. We partnered with The Medea Project to deliver an effective expressive therapy intervention that starts to address the primary causes of death in our patients.”

The study will appear online July 11, 2014 in the Journal of the Association of Nurses in AIDS Care.

The Medea Project was founded in 1989 by Rhodessa Jones as a group performance intervention to empower incarcerated women to improve their lives and reduce recidivism. Jones adapted the program to help women living with HIV. The process consists of a series of intensive workshops that culminate in a theatrical performance.

The Medea Project’s method focuses on storytelling as a means of healing and empowerment. The storytelling includes talking about and processing other stigmatizing and traumatic experiences in a group setting with the support of other women. In the case of the study, the process included specific prompts given to the women asking how they found out they were HIV-positive and whom they had told about their HIV status. The burden of secrecy was relieved and self-identity could be recast in a more positive light. Then, through public performance, participants felt the power that their stories could have on others and gained both an appreciation for their lives and a desire to unleash their newly found “voices” to change the social conditions that create HIV risk, stigma and trauma.

In the study, eight HIV-positive women and seven HIV-negative women from Medea’s core group formed the final performance group that culminated in a professional theatrical run of eight shows seen by more than 1,000 people. None of the HIV-positive participants had publically disclosed their HIV status prior to the study; all disclosed their status during the performances.

“Eddy Machtinger challenged me to take women living with HIV and apply the processes I had used for over two decades with incarcerated women to get them to open up and talk about living with HIV. Sharing is an important process in creating the play and violence is what they talked about the most,” said study co-author Rhodessa Jones, director of The Medea Project. “Our data revealed five core themes that described the impact of the intervention on the participants’ lives: sisterhood, catharsis, self-acceptance, safer and healthier relationships and gaining a voice.

Importantly, half of the participants reported leaving or avoiding unhealthy or unsafe relationships, a significant impact since we know women living with HIV experience high rates of intimate partner violence,” said Machtinger. “Integrating this type of intervention into the primary care of women living with HIV is the first step towards transforming primary care from treatment to actual healing,” he said.

A grant from the Creative Work Fund partially funded the research with UCSF faculty donating their time pro bono.

The UCSF Women’s HIV Program is affiliated with the AIDS Research Institute (ARI) at UCSF, which houses hundreds of scientists and dozens of programs throughout UCSF and affiliated labs and institutions, making ARI one of the largest AIDS research entities in the world. UCSF ranks #1 among medical schools in the U.S. for its AIDS programs according to US News & World Report, as it has every year since the category was created in 2001.

Jeff Sheehy
.(JavaScript must be enabled to view this email address)
415-597-8165
University of California - San Francisco